Welcome Lisa and James (and Ginger)! 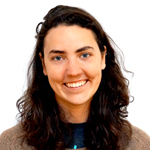 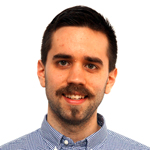 Lisa was a founding member of the Etsy Android team, where she helped launch 2 apps and a mobile payments reader. Most notably, one of her hack week projects bumped Etsy stock by 30% in a day. After Etsy, Lisa spent 14 months as the Android Engineer at Electric Objects, helping build a home for digital art.

James has worked in the past on everything from fruit fly genetics to online payment systems to storage infrastructure for bioinformatics. He was in the Summer 2013 batch, and outside of computing enjoys cycling and tabletop games of all sorts (he’s already taught a large contingent of Recursers how to play Netrunner!).

Last but not least, Ginger is joining us as Chief Cuddle Officer, and one-on-one advisor. She is our first canine hire, and we look forward to the new perspective she’ll bring to RC.

Last year we made some changes to the way facilitators work at RC. Rather than hire folks to be facilitators for indefinite periods of time, we now hire facilitators for six months. The main reason we decided to do this was that we got feedback from former facilitators that they felt burnt out after a year or so of doing facilitation work. Facilitation involves daily one-on-one pairing sessions, giving workshops, attending events, and being generally available to Recursers who have questions. Though it involves a lot of programming, it can also be socially demanding.

We call these folks fluid facilitators. Six months seems a good amount of time for people to ramp up and be effective facilitators without burning out. 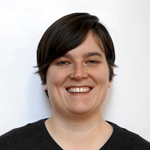 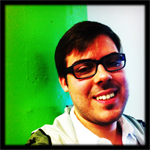 Last August we hired John J. Workman (RC 2011) and Allie Jones (RC Winter 2013) as our first fluid facilitators. While their six months of facilitation are over, we wanted to keep working with them, so we hired them as programmers. Allie will be working on jobs and recruiting software, and John will be working on software to help grow our community.

We’re so excited to have Allie, James, John, Lisa, and Ginger on the RC team!