We’re excited to announce that Steve Klabnik and Paul Fenwick will be joining us as Recurse Center residents later this year, and that Frank Wang will be rejoining us as a second-time resident! Read more about them below.

If you’d like to work with any of these folks, apply to do a batch of RC during their residency. Keep an eye on our blog for more 2016 resident announcements! 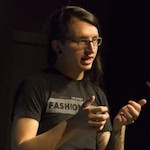 Steve Klabnik is a software developer, working for Mozilla as a core team member of the Rust programming language. A long-time writer, Steve authored the official book on Rust, “The Rust Programming Language”, as well as several others: “Rails 4 in Action”, “Designing Hypermedia APIs”, and “Rust for Rubyists”. Before working on Rust, Steve was heavily involved in the Ruby and Rails communities, and used to teach Rails professionally. Steve will be in residence from 6/20 - 6/23 (Spring 2 and Summer 1 batches). 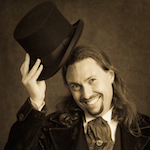 Paul “@pjf” Fenwick is an internationally acclaimed public speaker, developer, and science educator. Paul is well known for presenting on a diverse range of topics including privacy, neuroscience and neuroethics, Klingon programming, open source, depression and mental health, advancements in science, diversity, autonomous agents, and minesweeper automation. Paul was awarded the 2013 O'Reilly Open Source award, and the 2010 White Camel award, both for outstanding contributions to the open source community. As a Freedom Loving Scientist, Paul’s goal is to learn everything he can, do amazing things with that knowledge, and give them away for free. Paul will be in residence from 7/11 - 7/20 Summer 1 and 2 batches). 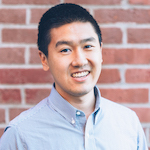 Frank Wang is a PhD student at MIT focusing on building secure systems. He did his undergraduate at Stanford, focusing on applied cryptography. He runs the MIT security seminar where top academics come and talk about their most recent research. He is also a member of Roughdraft Ventures, which provides small amounts of capital to early stage student startups. He is currently running a summer program for early stage security companies called Cybersecurity Factory. He has interned at the security teams at Google and Facebook as well as consulted for security companies like Qualys. When he is not busy worrying about your security, he enjoys going to art museums and being outdoors. Frank will be in residence from 5/23 - 6/2 (Spring 2 and Summer 1 batches).