We’re excited to announce three more residents for this summer: Andreas Fuchs, Sarah Sharp, and Jamey Sharp will be joining us as residents in June.

If you’d like to work with Andreas, Sarah, or Jamey, there’s still time to apply to the Summer 1 batch of RC (though the batch is currently full, you may join the waitlist if you are admitted). And remember to keep an eye on our blog for more 2016 resident announcements! 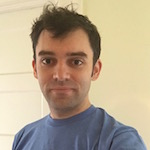 Andreas Fuchs works on the infrastructure team at Stripe, building the systems that other developers use to build payment systems for the Internet. Before starting at Stripe, Andreas was a member of various Common Lisp open source projects, worked on an extremely scalable (and weird!) RDF graph database, and for a while even maintained a decades-old Motif-based GUI framework that was derived from code originally written for Symbolics lisp machines. For as long as he has used computers, his goal was to make it as efficient as possible to waste his own time, and so is constantly working on a grand system orchestration or automation idea. In his spare time, you can find Andreas performing terrible wordplay and learning to play the hurdy-gurdy. Andreas will be in residence from 6/6 - 6/9 (Spring 2 and Summer 1 batches). 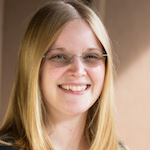 Sarah Sharp is a Linux and open source developer, with an interest in hardware and increasing diversity in tech. Sarah graduated with a B.S. in Computer Engineering from Portland State University, and she has been running Debian-based Linux systems since 2003. Sarah wrote the Linux USB 3.0 host controller driver, and was a Linux kernel maintainer for five years. She has also tinkered with Arduinos, real-time operating systems (RTOSes), and she loves to play around with open hardware. Sarah’s favorite open source tools include Darktable (raw photo editor), KDEnlive (video editor), and Inkscape (vector drawing). She frequently uses (but only tolerates) git, libreoffice, and many different Linux command line tools. Sarah is an expert with C, but has also written code in Python, Java, C++, and shell scripts.

Sarah also loves to make fan videos, write blog posts and tutorials, do amateur photography, garden, and bicycle. Sarah is happy to share knowledge, and would love to give tips on creating tech presentations and promoting yourself in the open source community. Sarah is a co-coordinator for Outreachy, a 3-month paid internship program to connect people traditionally underrepresented in tech with open source mentors. Sarah will be in residence from 6/13 - 6/22 (Spring 2 and Summer 1 batches).

Jamey Sharp enjoys learning anything he can about everything from CPU architecture to functional programming, and from real-time embedded systems to web development to control theory and combinatorial search algorithms. But just learning about computer science isn’t as much fun without getting to share it with other people! Jamey has been mentoring people since his undergrad days working on his B.Sc. in Computer Science at Portland State University, which he completed in 2006. Over the past several years he has sponsored over a dozen different six-month software engineering capstone projects, helping students work in code bases including the Linux kernel and the X Window System, as well as quite a few Python projects.

Professionally, Jamey’s career began with web development in Java and Perl during the dot-com boom; proceeded into systems programming in C while creating XCB, a client library for the X Window System network protocol; software product architecture for a computer test for ADHD with components in Java, C, and Python and spanning desktop, web, kernel, and bootloader code; Comic Rocket, a site for helping webcomic readers keep up with their favorites and discover new comics, in Haskell and Python; and most recently, high-assurance software development at Galois, in Haskell, C, and Java. He’s eager to try Mozilla’s new Rust programming language on his upcoming projects. Jamey will be in residence from 6/13 - 6/22 (Spring 2 and Summer 1 batches).