In this series, we sit down with Recursers in batch to learn about the work they’re doing at the Recurse Center and what they’re most excited about right now! In this installment, we talked to Jeff Wang about the value of a fresh perspective and about the giant LED chandelier he built with his friends. 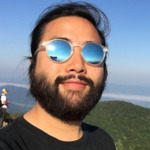 I’m a self-taught programmer. For the past seven or eight years, I’ve held various programming jobs and also programmed a lot for fun. One of the things I like to do is make LED art with my friends! When I’m not doing things professionally, I like to make cool patterns on big LED sculptures.

The biggest sculpture that I’ve worked on is one called the Canopy of Luminous Conjury. Some people say it looks like a jellyfish or an octopus, but I think it’s mostly simply described as a really big LED chandelier. It has a wooden ring that’s 16 feet in diameter, with 7200 LEDs suspended radially towards the center like a chandelier. It was really fun to make and it’s definitely the most ambitious thing that my friends and I have made. We’re still working on more patterns for it. 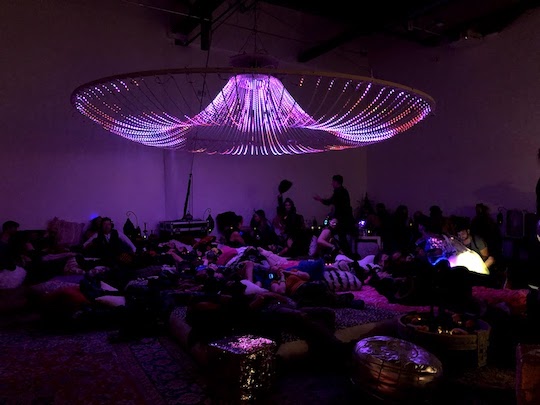 The Canopy of Luminous Conjury

Before RC, I was working at an autonomous vehicle company named Cruise. I worked on container orchestration and internal tooling: not really things that run on the car, but things that run in the cloud and local servers in San Francisco that help the car do what it needs to do and also help engineers at Cruise get their jobs done.

About a month before I joined RC, I left that job. I was feeling a little bit burnt out and disconnected from what I was doing. I felt that RC being self-directed and unstructured would give me the freedom to pursue a lot of the things that I hadn’t had the chance to explore.

Particularly because I was self-taught, there are a lot of gaps in my knowledge that would otherwise be filled by a computer science degree. So things like writing a new language or using shaders to make cool art or other side projects that I didn’t have as much time as I thought would be enjoyable and fruitful to really dig into. I was drawn to RC to give me a venue to pursue those projects, as well as to join a community of people who are also interested in similar things, to help resolve my burnout. I think it’s been pretty successful!

I was just reflecting on that recently. The things that excite me are things that feel new and different. Right now, that means getting new perspectives on programming. That can come from a variety of sources. I’m learning Rust and Haskell, which are a systems programming language and a functional programming language. I haven’t used either of them before, and the way that they’re used is quite different from the things that I have done. So I’m hoping to get a new perspective and spawn new ideas on what is possible and what approaches exist.

I’ve also been working on learning more math, especially linear algebra because it seems like a really useful and powerful tool that I haven’t previously explored too much. Making art with shaders and all that fun stuff is also, in a totally different way, a new perspective on programming.

I have many sources of excitement. One is my partner — I really like hanging out with her! I also like reading books and and I’ve been trying to make time to read more fantasy and science fiction. Right now I’m reading The Way of Kings by Brandon Sanderson. It’s a tome, and it’s been really fun to dive into this fantasy world with a really interesting magic system.

You can see more of Jeff’s work on his GitHub and learn more about the Canopy of Luminous Conjury here.