We’re excited to announce that David Turner, Ranjit Bhatnagar, Stephen Tu and James Coglan will be joining us at the Recurse Center as residents in the next few months!

If you’d like to work with David, Ranjit, Stephen, James, or residents like them, apply to the Recurse Center. Keep an eye on our blog for more resident announcements! 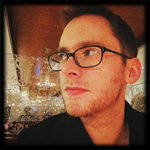 James has been working on the web for nearly a decade, mostly in Ruby and JavaScript across many parts of the stack. He maintains a number of open-source side-projects, including Faye, Canopy and jstest, and last year published JavaScript Testing Recipes. He currently works at FutureLearn and is trying to work on his coaching skills. He’d like to know more about functional programming and building languages. James will be in residence from September 14th - September 17th. 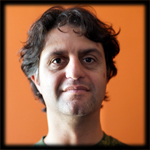 Ranjit Bhatnagar is a sound artist who works with technology, language, and found materials to create interactive installations and musical instruments. His works have been exhibited across the United States and Europe. Ranjit recently worked with the art collectives, Flux Factory and Rabid Hands, to build a large-scale musical installation at Palais de Tokyo in Paris. His interactive sound work, Singing Room for a Shy Person, commissioned by Amsterdam’s Métamatic Research Initiative, previewed at NYC’s Clocktower Gallery in 2013 and moved to Museum Tinguely in Basel for the Métamatic Reloaded exhibition. Ranjit will be in residence from August 30th through September 3rd. 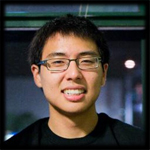 Stephen Tu is a graduate student at UC Berkeley in the EECS department. His research interests include both theoretical and practical aspects of optimization and machine learning. He has worked on various open source contributions including developing various probabilistic models for data-microscopes, implementing semidefinite program solvers in mlpack, and various contributions to a previous version of Facebook’s HipHop compiler. He still dreams of one day building his own programming language, despite a failed attempt many years ago. Stephen will be in residence from August 30th through September 3rd. 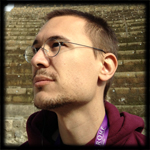 David Turner hacks on git and Pants at Twitter. He enjoys recursive backtracking, Unix, Free Software, and board games. David will be in residence from August 17th through August 20th.