Recently there was a hashtag on twitter (#weallmakemistakes) that was a response to the firing of a software engineer for making a mistake. We were encouraged to remember a notable mistake (presumably related to software engineering) that we had made.

The spine of this talk is the story of R0ml's most interesting mistake. Embedded in the tale are lessons on technology management, the nature of the craft of software engineering, and a brief tutorial on IBM's System Network Architecture. Like November 12, 1955 to Marty McFly (but not that long ago) – the events leading up to the day he brought down Morgan Stanley's global network have echoed in time.

Note: The entrance to the event space is 55 Prospect St., Brooklyn NY 11201. This is across the street from the main entrance (117 Adams).

Robert "r0ml" Lefkowitz is the Chief (Software) Architect at Warby Parker. Prior to Warby Parker, r0ml worked mostly in the financial and telecommunications industries, acting as Chief Architect at AT&T Wireless and Vice President of Data Services at Asurion and Morgan Stanley. He started his career developing software for airlines and nuclear power plants – so we can all be thankful that he waited until switching to financial services before making his biggest mistake. In 2006 he was named a Distinguished Engineer of the ACM. 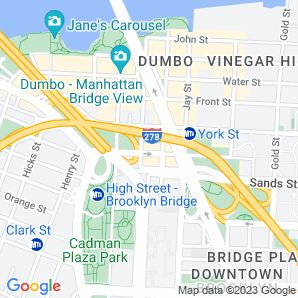