We’re excited to announce eight new Hacker School residents for 2015! If you’d like to work with any of these residents, apply to Hacker School for a 2015 batch.

Perennial resident Mel Chua will be in residence from 1/7 – 1/9. Mel is a contagiously enthusiastic hacker, writer, and educator. Her Engineering Education research at Purdue focuses on how hackers learn and how engineers are taught. You may know her from the Ada Initiative, Red Hat’s Community Leadership Team, Fedora, Sugar Labs, One Laptop Per Child, the MIT Media Lab, Design Continuum, Appropedia, or OpenPlans, among other places. 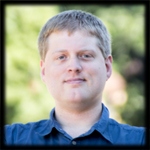 Scott Vokes will be in residence the week of 1/26 – 1/29. He is a consultant at Atomic Object, where he builds embedded and distributed systems. Outside of work, his research interests include information retrieval—recent open source contributions include a data compression library for hard real-time systems, testing tools for C, and a content-addressable store. Scott is also the creator of @ghost_things, a byproduct of his love for wordplay. 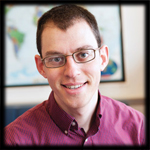 Sam Tobin-Hochstadt will be in residence the week of 2/2 – 2/6. Sam is an Assistant Professor in the School of Informatics and Computing at Indiana University. He has worked on dynamic languages, type systems, module systems, and metaprogramming, including creating the Typed Racket system and popularizing the phrase “scripts to programs.” He is a member of the ECMA TC39 working group responsible for standardizing JavaScript, where he co-designed the module system for ES6, the next version of JavaScript. He received his PhD in 2010 from Northeastern University under Matthias Felleisen.

Chris Granger and Jamie Brandon will be in residence for the weeks of 2/23 – 3/6. Chris grew up as part of the Nintendo generation, having learned the parts of a computer at the age of two and later learning numbers and colors from a Sesame Street game on the NES. He started programming at the age of ten and took his first paid development gig at 17. Since then he’s built websites large and small, written frameworks and libraries used by thousands, taught developers around the world, and helped envision the future of development at Microsoft. These days, he’s the co-founder and CEO of Kodowa, where they built the next generation code editor Light Table and now Eve, a new vision for putting computation in the hands of everyone. 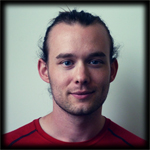 Jamie spent years travelling the world as a consulting computer scientist. He has seen everything from finance and gaming to the depths of corporate IT and is now pretty sure we are doing it wrong. Currently he is working on rethinking programming with Eve and hoping to do it at least slightly less wrong this time around. Jamie’s residency also marks the first time a Hacker School alumnus has returned as a resident, and we’re excited to have him back!

Chris and Jamie’s residency will be a bit different from our others. You can learn more about their plans for their residency and their project Eve in this blog post! 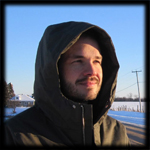 Patrick Dubroy will be in residence for the week of 3/9 – 3/12. Pat is a programmer and art school dropout.He currently works with the Viewpoints Research Institute and the Communications Design Group at SAP Labs, developing languages and tools to make programming better. Previously, he worked at Google as a software engineer on Chrome and Android, and at BumpTop as a programmer and interaction designer. Originally from Canada, he now lives in Munich (and yes, he owns a pair of Lederhosn). 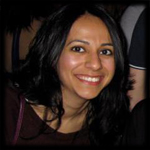 Neha Narula will be in residence for one week in April 2015. She works on distributed systems and makes multicore databases go faster. She has worked on a system for executing queries on a sharded database called Dixie, an in-memory cache with materialized views called Pequod, and a multicore database that leverages commutativity called Doppel. In a previous life she was a software engineer at Google where she worked on Google Shopping, Blobstore, and Native Client.

Robert Lefkowitz (a.k.a. r0ml) will be returning to Hacker School for another residency for the week of 4/6 – 4/9. R0ml is a programming language enthusiast who enjoys obscure programming languages. He is a collector of programming techniques for improving clarity, increasing reliability, and maximizing brevity. He is a frequent speaker on the effects of the late Middle Ages and early Renaissance on the art of programming. His first programming project was on an Olivetti-Underwood Programma 101. He is an ACM Distinguished Engineer. Photo by Amanda Thomas.