We’re excited to announce that Nathan Marz, Kate Heddleston, Haoyi Li, Martin Kleppmann, and Prabhakar Ragde will be joining us at the Recurse Center as residents this summer and fall!

If you’d like to work with Nathan, Kate, Haoyi, Martin, Prabhakar, or residents like them, apply to the Recurse Center. 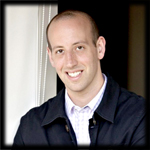 Nathan Marz will be in residence from 6/22 – 6/25. Nathan created the Apache Storm and Cascalog projects and wrote Big Data: Principles and best practices of scalable realtime data systems. He was the lead engineer of BackType which was acquired by Twitter in 2011, and he is currently working on a new startup. When not programming, you’ll often find him flying overhead enjoying the beautiful views at 5500 feet. 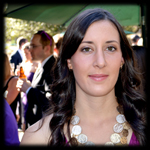 Kate Heddleston will be in residence from 7/27 – 8/6. Kate is a software engineer from San Francisco who builds web applications using Python and Flask. She received her Bachelor’s degree in Communication: Human-Computer Interaction and her Master’s degree in Computer Science: Human-Computer Interaction from Stanford. She enjoys using open source tools to build web applications and especially likes building portions of the product that interface with the user. When she is not programming, Kate is involved with organizations like Hackbright Academy, PyLadies, and Raphael House. Kate is currently traveling the world and working on personal projects. 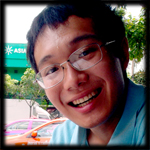 Haoyi Li will be in residence from 8/24 – 8/27. Haoyi is a software engineer at Dropbox who works on Dropbox’s web stack during the day and open-source Scala projects at night. At Dropbox, he’s known for building the tools, libraries and systems that make web developers more productive. In the open source world he’s most well known for his work on building out the Scala.js community and ecosystem. 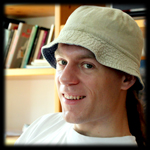 Martin Kleppmann will be in residence from 9/28 – 10/8. Martin is attempting to straddle the gap between research and industry in the area of data systems. He is currently writing Designing Data-Intensive Applications for O'Reilly, which explores the fundamental algorithms, architecture choices and trade-offs in databases and other data systems. He gives lots of talks and contributes to various open source projects including Apache Samza. He previously co-founded a startup, Rapportive, which was acquired by LinkedIn in 2012. You can find him on Twitter at @martinkl. 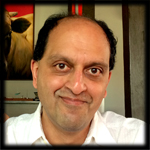 Prabhakar Ragde will be in residence from 10/12 – 10/15. Prabhakar has been a Professor in the Cheriton School of Computer Science within the Faculty of Mathematics at the University of Waterloo since 1988. Much of his research has been in the areas of algorithms and complexity, but he has recently become captivated by functional programming and type theory, and has developed curricula in the area ranging from introductory to senior graduate level. His favorite programming languages are Racket, ML, Haskell, and Coq.