Allie is a Staff Engineer at Etsy, and came to RC for a batch in 2013. They also worked as a facilitator at RC from 2015-2016. Before their RC batch, they worked in textile design, and as a graphic designer and web developer. 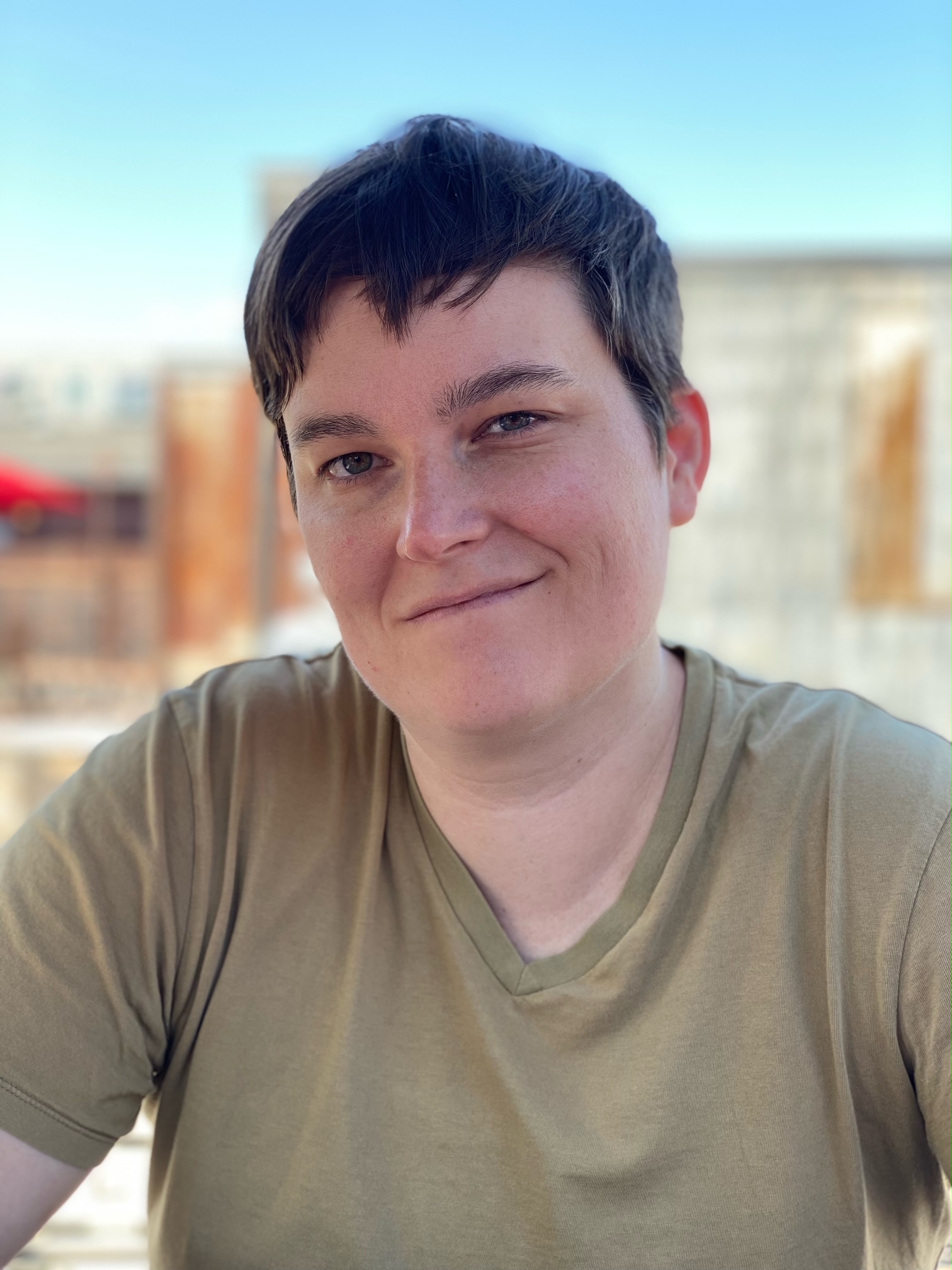 I was always a kid that liked computers. I did the classic 90s online stuff, making fan websites for things that I liked and I got into modding video games. I didn’t realize it was programming!

In my teens I had the classic leaky tech pipeline experience: I was into art and technology and I got into a pre-college summer program and got to take programming classes. It was the exact thing that people talk about: I’m non-binary but at the time I was a “girl” in tech; no one was mean, but it was very clear that I was surprising and it was very weird that I was interested in it. I had never written C++ but everyone else in the class had, and they were like, “Oh, you don’t know how to write recursive code?!” Me and the one other girl in the class had to work together because the 16-year-old boys were not capable of collaborating. I didn’t want to spend another 4 years like this. Even the people running the class said, “I saw you can draw, are you sure you don’t want to do 3D graphics instead of programming?” I won their beginner programming competition, but if this was what getting a CS degree was like, I wanted to go to art school instead.

I studied textile design with a year of glass blowing. I worked as a textile designer in Bangalore, and when I came back to the US, there weren’t any textile jobs, but I got offered a job as a graphic designer at a sign shop. I worked there for 4 years, and realized that I could write code at least as well as the people they hired to do development work. Since it was a small business, I started doing it myself and after 2-3 years I was doing the whole website: the graphics side, building it, integrating WordPress CMSes, e-commerce, etc. I didn’t realize that this was supposed to be the job of 5 human beings.

That’s when I started looking for something like the Recurse Center - I realized that I liked this, and I was pretty sure that I had enough skills to make this a real career, but I didn’t know how to get from where I was to actually being a software engineer.

I didn’t know anyone in tech, and I needed someone to vouch for the fact that I could program. I asked my wife, “Would you care if I went to New York for three months to do this programming thing? I think it might help.” I don’t think she knew the snowball effect it was going to have.

I went into RC with preconceptions about what “real” programmers did. I interacted with people who I perceived as doing “real” programmer stuff — people in my batch were into Python and Julia and OCaml, and to them, my ability to build a UI that made sense or build a thing in the browser was really useful! They didn’t know how to do that at all and they’d come to me for help with making a UI look better. That was a huge confidence boost for me, and it made me feel comfortable. I became confident enough that I was a “real” programmer even though I wasn’t writing C. The last thing I built at RC was a multi-user whiteboard app that used web sockets in the browser and multiple people could log on and draw on the same canvas from different computers. That was definitely in the category of things that I would not have thought I was capable of making when I started my batch.

The thing RC kind of teaches you is that you can figure anything out, given enough time. Maybe it doesn’t always make sense to do that, but you could!

I work with a lot of newer engineers at my job, and I think people still get these messages about specific kinds of programming being less serious or less hardcore than others. Do the kind of programming you like, and don’t let sexism stop you. RC was the environment that let me gain confidence, and to describe that it was happening, and that the skills that I had were valuable and I did count as a programmer. I could hang out with people who are writing low-level web sockets code in C and they didn’t think that I was stupid or didn’t count. I was taken seriously, which was different than experiences I had in other computing communities.

Sometimes I can’t believe that this career happened - it seems very implausible. I’m unquestionably a professional software engineer at this point. Now I feel like I can go into less friendly technical spaces and do well and make space. Ten years later, I got promoted to Staff Engineer at Etsy and to me that was a big “I’ve made it” feeling. I enjoy having the technical clout backing to go into these spaces. I’m on the other side of the negative experiences that I had when trying to get into tech. It’s really meaningful to me to now have power and clout and I can make it go differently for the seventeen year old girl that I’m helping learn how to program, or the junior engineer on my team. It feels meaningful - it’s my own personal way to make things better.

I love knowing the RC community is there. In times when I want to get into a technical topic, or I have a specific question or when something’s come up at work and I’m looking for someone who shares technical expertise, it’s great to know that I have this network that’s out there waiting for me.

I have friends I met through RC and it’s been 10 years! I see RC as a pool of potential friends — it’s this group of people who share certain values and nerdy interests with me and it’s nice to know that there’s all those people out there and if I want to meet some new folks that I’ll probably get along with, they’re there.